You are here: Home » Custom Jewelry » A Mariner’s Ring for a Diver 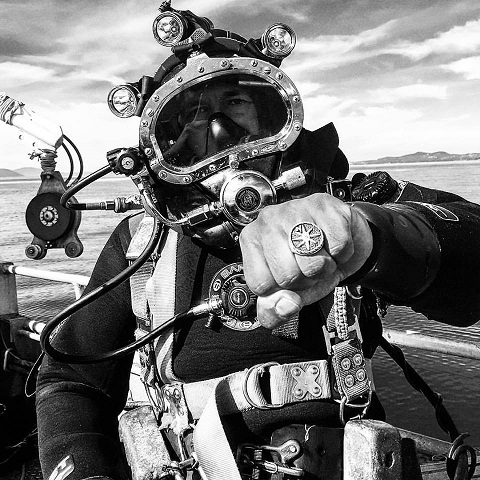 Angie came to Walker Goldsmiths wanting to repair her Wedding Ring, but most importantly she wanted to surprise her fisherman husband with a remarkable compass design Mariner’s Ring as an Anniversary Gift.  We really love these kids so it was exceptional fun to do this.  It was all to be a surprise, kind of!  Armando had seen a previous post of a compass ring for a mariner and commented to his wife that he really liked it.  She had a marquise diamond in a ring that she wanted to recycle into a ring for her husband, so we were happy to help her out.

I carved the wax then Owen lost wax cast it in Sterling Silver and set the marquise diamond with the spike ends pointing north and south.  It turned out great.  Angie was able to surprise him and we were all excited!

Armando is a professional crab fisherman who also dives for geoducs (pronounced gooey ducks, don’t ask me why!) and sea urchins off the Northwest Coast and around the San Juan Islands here in Puget Sound, Washington state.  It’s called the Salish Sea these days because the native Salish tribes live and fish all around these shores.  Armando is a Lummi fisherman and a wonderful friend to our family.

Thank you, Angie, for letting Walker Goldsmiths be a part of the surprise Mariner’s Ring for a Diver. 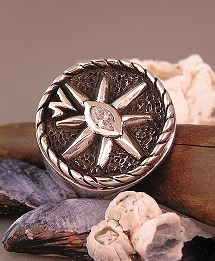